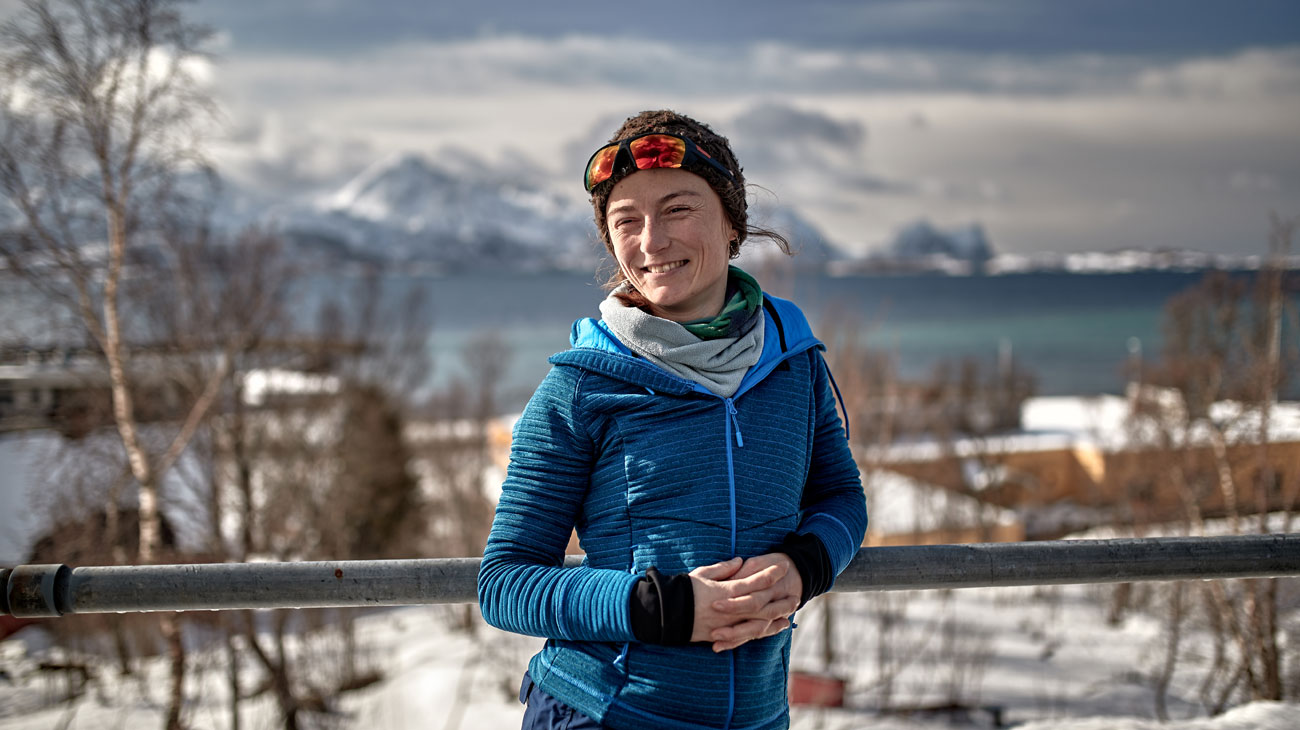 Fear was a driving force in my practice when I started. Today it is no longer present in the same way. It is no longer the uncontrollable fear I experienced when I started, a primitive fear of death, a survival instinct that told me « what are you doing here 200 meters above the void on this 2.5 cm piece of textile? ». I knew that I was tied up and that I was safe. But I’ve never been so scared in my life as when I started out in the highlines, I cried. It is this uncontrollable emotion that made me dedicate myself proportionally in intensity to the practice of the highline. I wanted to understand why I was afraid, if I could control that fear and I was looking to go beyond my limits.
From the moment I felt this fear diminish – with patience, perseverance and countless attempts at exposure to the void – I took over my emotions. That was four years ago and my passion has never diminished, even if today I call it more moderate. I can’t compare the fear I felt at the beginning with the fear I feel today. It is a controlled fear and I compare it more to excitement.

Does it take a few seeds of madness to make the highline?

Seeds of madness? I think that’s what you see from the outside when you don’t know the highline and the safety of the sport. Maybe you need a little seed of madness at the beginning, but I would rather talk about « head on shoulders ».
It took a lot of courage to start and very personal reflections on myself and my life choices. I discovered the immense strength of my mind that I had never had before, and a self-control that made me question my personal life outside the highline. Confronting such intense emotions and being able to master them has allowed me to touch happiness. A happiness that I seek in all the acts of daily life while sorting out my priorities.

You practice in places – sometimes in collaboration with Slacktivity – at the Moléson in Switzerland, above Monaco and even in winter when it snows.

You can practice the highline in all kinds of conditions and places: desert, cliffs in the mountains, buildings in the city, above the water. Each place is unique and brings incomparable memories. You can also decide to set up different types of lines, very long highlines – I have participated in highlines of more than a kilometer, one of which, with Slacktivity, was 2.9 km long! There are also very elastic lines to do tricks (they are generally 50 m long). There are an infinity of types of highlines and according to your desire of the moment, you will install an elastic line, either long or short in a very beautiful and inaccessible place.
The experience is very intimately linked with the setting that surrounds the highline. The community of highliners is very united and benevolent. No matter where in the world I am, I know that I can meet the local community and that I will always be welcomed as a friend. My passion for the highlands stems as much from the sport itself as from the beauty of the social bond it creates. I am constantly inspired by the people I meet through this piece of webbing. People who share the same passion as me.

Why put yourself in risky situations?
Practicing the highline is not risky. On the contrary, it’s a sport that is not very dangerous. I’ve been injured more often practicing slackline above the ground than highline above the void. Above the ground, you twist your ankle, you break your wrists when you fall on the ground. In highline as you only fall a few meters in the void, it’s more rare to get hurt. In my eyes, skiing or driving a car is more risky than doing highline. Of course, you have to know the rules of good practices and facilities otherwise you can create risky situations, as in all other disciplines.

Is the practice of women different from that of men?

The highline is the only sport I can cite where the world record for length is held by a man and a woman. It is a Vancouver native, Mia Noblet, who holds that record with a distance of 2,000 metres*. (Editor’s note: A record she shares with Lukas Irmler of Germany.) This proves that the physical difference is not decisive. The mental strength of men and women is equal.
I personally have a preference for highline figures, more than for length. In the latter case, strength can make a difference between men and women. But that doesn’t stop me from comparing myself with the best men who do highline figures. In fact, I would even say that they can compare themselves to me!The highline is a predominantly male world even if the balance is starting to shift. I’ve done a lot of highline only with men. But some of my best projects were lines surrounded by women, or at least equally with men. The spirit is different, I discovered a wonderful feminine solidarity, and I was very inspired by encounters with radiant women. I also realize, thanks to the feedback that women give me, that my achievements have deeply inspired some women. An inspiration that I myself have received from both men and women.

Do you believe that women approach the notion of risk in the same way as men?

I find it difficult to answer this question because I can’t find examples. I would say that there is little difference between men and women in the highlines, the general mentality of men is benevolent and attentive, more so than in the everyday world. Perhaps this is due to the fact that as highliners we are very attentive to our emotions?

Are there any other points you think are important to share with those who will be watching your film soon?

Setting up a highline in winter conditions like the ones we experienced, and being on the highline at the time of the Northern Lights was a challenge! The Northern Lights sometimes only lasted a few minutes and we didn’t have time to go on the strap, or in other cases, the clouds were hindering visibility. In my opinion, the real challenge was the camera part. In addition to having to be on the line at the right time, the cameramen also had to have the right angle to film. They had to be in the right place at the right time. A lot of things to take into account, which made the achievement all the more satisfying.

Ego and the quest for risk, masters of adventure? previous post

Guide for a perfect visit to Banff next post