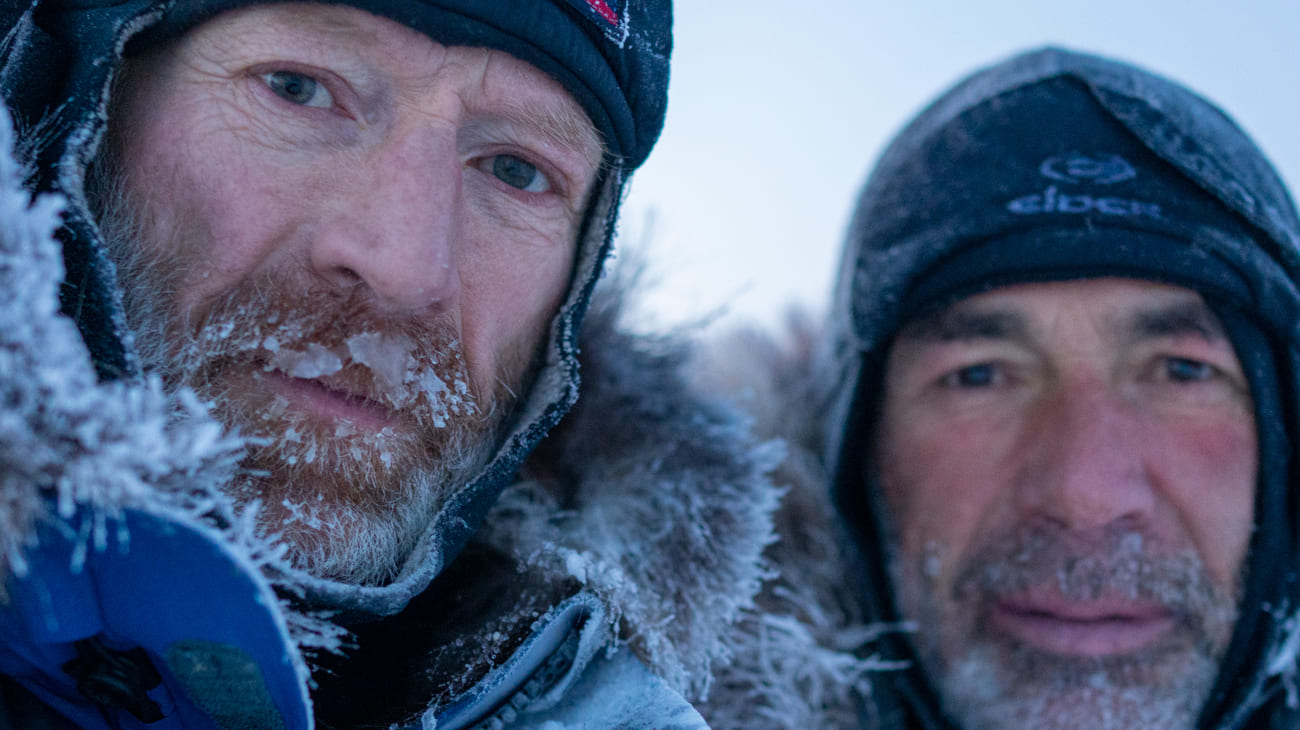 Questions and answers with Borge Ousland, from the film Exit The North Pole

Exit The North Pole is one of the most popular films of the Banff Mountain Film Festival’s 2022 Quebec Tour. We asked festival attendees and Quebec adventurers to send us questions they would like to ask Borge Oulsand. A living legend of polar exploration, this 59 year old Norwegian answered our invitation without hesitation.

M.T– You are a living legend of polar adventure, you are recognized by your peers, you have achieved adventures that strike the imagination and you have set records in very hostile areas of the globe. How do you keep the magic alive, to find new and exciting projects to do?

B.O –Hi Martin, thanks for your questions. The magic of nature never stops to amaze me, and you don’t have to travel to the polar regions to see that. It is all around you also in daily life. One thing I learned on these long expeditions is to appreciate also the small things in life, to reflect on it and not take anything for granted.

M.T –How have you perceived the evolution of the polar adventure world over the last 10 years. What do you think are the most significant changes?

B.O – With less and less polar “firsts” left to be done, the most significant changes in the last years is that expeditions now are moving on to set speed records. On a longer scale, 30-40 years, it’s more technical with GPS and Iridium satellite phones as the biggest innovations. The development of equipment in general has in my opinion not been so revolutionary, other than lighter and better materials.

M.T – What is the moment during an expedition that gave you the most happiness and the one that made you feel the most sad?

B.O– The saddest is normally when I leave home, that’s never easy and that is the moment I question myself why. The happiest is normally after a few weeks on the trip. When I am into the expedition with my whole body and soul and become one with nature and present in my own life.

M.T – Do you prefer to go on expeditions alone or with other adventurers?

B.O– To be alone is always more challenging and extreme, you are alone with all your decisions and thoughts, at the same time it is very rewarding and it is a form of meditation to be alone for a long time, where you get a deeper dialogue with yourself and nature when you do not have anyone else to relate to. It was a time in my life I liked these solo trips more, but now I like better to go on expeditions with others, simply because you can do so much more when you are two. It is also more fun, and safer.

QUESTIONS OF NICOLAS ROULX ET GUILLAUME MOREAU who have just completed the longest North-to-South human powered crossing of Canada in the history of the country. An unprecedented and daring journey of 234 days to cross 7600 km by ski, canoe and bike. (MORE INFOS ON AKOR HERE)

N.R et G.M. – Which ice conditions are the most difficult to read in the dark? Is it more the pack, or on the opposite, the flat ice is more treacherous in the dark?

B.O – Thanks for your questions Nicolas and congratulations with your impressive crossing of Canada! In the dark it is of course difficult to see the extent of both open water and pack ice. I did have a strong torch hanging around my neck, that was very useful for quick scouting of the area. So normally we were always able to find our way. The most dangerous conditions occur in windy conditions with drifting snow. In windy conditions the ice often opens off and snow can cover the open water and make it virtually invisible. That’s actually what happened when Mike went in, drifting snow had blown over the edge and it looked like the safe ice continued, but it didn’t.

N.R et G.M. – Now that your greatest expeditions are behind you, what would you like to be remembered for in your polar career?

B.O – Ha ha, that’s a good question that I haven’t thought too much about. I hope it will be the total amount. I have done a few very nice trips that not so many have heard about, also difficult expeditions, like crossing Chugach and Stikine ice fields in Alaska, and the Northern and Southern Patagonian Icecaps, to mention a few. And there are still a few icecaps/icefields left to be crossed for me. That said, there is no place on earth like the Polar Ocean, and this is where I have done most of my major expeditions. Some would say the first solo crossing of Antarctica was my main achievement, but I would say all the trips I have done one the Arctic Ocean.

N.R et G.M. – Considering the rapid changes taking place in the Arctic today, how will the next generations of polar adventurers have to adapt and what should fuel their dreams?

B.O – Adaption is the key word. When conditions are changing, you need to adapt to the new reality. On the Polar Ocean for instance, there is a lot more open water and thinner ice. I don’t think it is more difficult to do expeditions there, even maybe more easy, but you need to find good systems for still be able to move fast enough.


QUESTIONS FROM OTHER PEOPLE FROM OUR AUDIENCES

What personal project are you excited about today?

B.O – It’s the Ice Legacy project that I do with Vincent Colliard, where we plan to cross the 20 latest icecaps on earth, and try to bridge science and adventure, telling the visual story of what is happening with the world’s glaciers. So far we have crossed 9 of the planned 20 glaciers and we are now working on the ones in Canada. Due to the pandemic we have not done any glaciers since 2019, but we will continue the project.

Constant communication between partners on an expedition is crucial to your survival and to achieving your goals. In the film, you express anger at Mike for distancing himself from you, a situation that could have put you at risk. Did this surprise you, considering Mike’s experience and the fact that this was not your first expedition together?

B.O – It was difficult to communicate in the wind and darkness and Mike thought he did the right thing, so I have no anger towards him about this situation now. It could easily have cost me my life and it just shows how fragile life is in these conditions, and we did learn a lot from it and agreed on better procedures after the incident.

How do you wash? And what about underwear…?!

B.O – We don’t wash, it’s just too cold. I did actually have an extra set of underwear with me, but never used it…